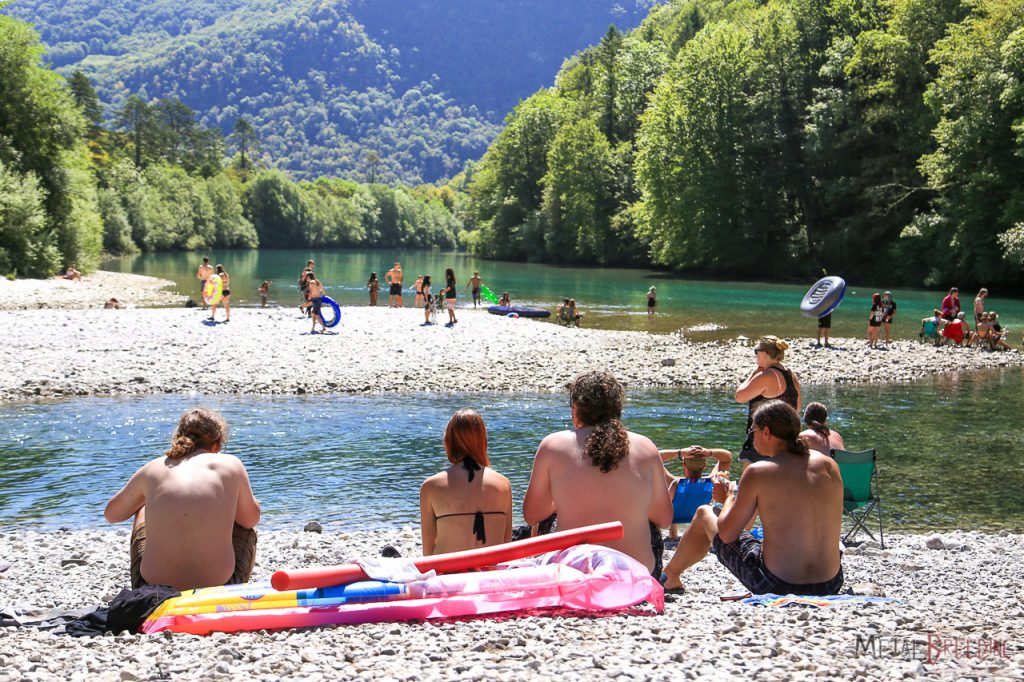 It was the first time ever I’ve been to the so-called Metaldays festival, which is located in Tolmin, Slovenia, surrounded by mountains that together with the blue water of the Soča River shape an incredibly beautiful landscape. Without any doubt, this was the greatest festival location I have ever seen! After seeing pictures of the festival every year, it became my dream to once visit Metaldays and join all the Metalheads traveling there from all around the world.
On the festival area, you have access to the river with a beach where most festival visitors are hanging around, go swimming or just relax and enjoy the awesome view the landscape has to offer. Apart from that, you can also find a beach bar which sells very good drinks and provides a lot of different activities.

On Sunday afternoon at around 2 p.m, I arrived at Tolmin. After changing my ticket, I went straight to the camping area to set up my tent and when ready, walked around the campsite hoping to meet some familiar faces. While doing so, I discovered that the camping area offers a big main tent where you can find drinks and food among other things.
After actually meeting some friends, we seized the chance to relax and hang around at the river’s beach, having a beer, watching the other Metalheads having fun while swimming or just lying around sleeping. It was surprising, peacefully quiet with the sound of the river and its burbling water creating a serene atmosphere. In the evening that day, the beach bar organized a beach party with a great DJ.

After a long party night at the beach, I woke up quite early the next morning. The first thing I saw when crawling out of my tent were the mighty mountains covered in mist. That very moment it did not come to my mind that I am at a Metal festival; it felt more like being on a holiday.
The campsite at “Metaldays” is located very closely to the city center of Tolmin, which makes it pretty easy and comfortable to organize breakfast or to get some other stuff from the supermarket.
At around 1 p.m. that day, after getting myself ready, I walked at a leisurely pace to the Stage ground to wait for the first band to play on the main stage. 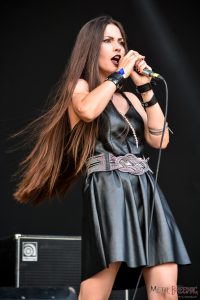 At around 2:30 p.m., the band Zix from Beirut, Lebanon, entered the stage as the opening band at Metaldays. The band was formed in 2010 and they play a quite classical type of Metal that sounds like Iron Maiden or Manowar, but female fronted, with such strong, fresh and heavy vocals, that their performance sure enough not only surprises me. Apart from that, their show was awesome as they actively included the audience and motivated them to join the stage. During the show, more and more people converged and came to watch the band.

After the first concert, the Spanish Folk band Drakum went on stage. Even though the weather was windy and rainy, a big crowd of people was waiting in front of the stage to see the show. The sound of the band was unique, performed with traditional instruments like a bagpipe, flute and violin. Growling vocals mixed with the melodic sound of fast drums and strong riffs which created a lot of energy. I have never heard that band before, but it was a great experience to see them live on stage. 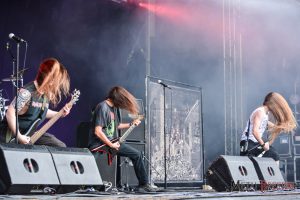 A loud, fast sound mixed with groovy rhythm and solo guitars grabbed immediately my attention when I turned around seeing four young guys ready to destroy their stage: Deserted Fear, the Death Metal band from Germany, which is one of Germany’s most successful and quite well-known bands in the country’s Metal scene. I already saw them quite a few times while performing live, but it is always a pleasure for me to see them on stage. Deserted Fear was clearly one of the most eagerly awaited bands among three other acts at Metaldays. Their 40 minutes setlist was excellent and made the audience scream for more songs, chanting: “We want more! We want more!” 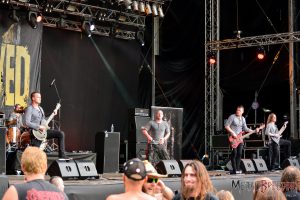 another Death Metal band from Germany, was next. Powerful and aggressive vocals with a vocal range from deep to “scream as hell”. Very catchy and groovy rhythms, at times, interrupted by blast beats and the sound of distorted guitars. Sadly it was their last show. Even though the band’s name sounded familiar to me, I’ve never seen them live before their show at Metaldays. They were able to motivate the whole audience to headbang. Everyone really enjoyed the concerts and it was great for me to be able to see at least one show of them, although it was their last one.

Before the next band performing, the sky observably cleared up promising better weather. We used the break between the shows to get something to eat and to hang around with some friends at the stage area. We did not have to wait very long for the Israeli Progressive/ Folk Metal band Orphaned Land to sneak on stage. This interesting band’s influences are Ethno music from Israel as their rhythms and melodies sound very Arabian. Their vocals are very melodic and even though it was still raining a bit, the audience stayed and listened. 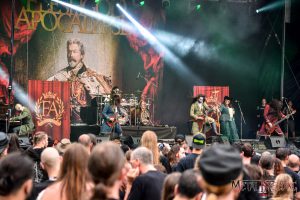 The Italian Death Metal band Fleshgod Apocalypse from Preugia/Rome spectacularly captured the main stage. They are definitely a unique, epic band with symphonic and orchestral elements. Brutal and fast with blast beat, fast rhythms, and melodic backing vocals which create without any doubt a completely epic sound. Their song “The Violation” for example features many kinds of different elements from very fast drums to melodic rhythms with Death Metal guitar riffs. It is almost impossible for me to describe how awesome that song is. For me personally that was one of the most interesting performance. Some crazy metalheads in the audience started a huge circle pit including a “wall of death” at the end of the show. What an amazing concert!

And there they were! The US band Sacred Reich who delivering a big package of Thrash Metal on the main stage at Metaldays. Formed in 1985, they are one of the most successful ensembles in the metal scene. This band is bursting with energy and power, which made the audience fly into a frenzy even though it was raining heavily. A really fantastic show and the band has a very good sense of humor.

First I did not realize that the next band hitting the stage are already the last one before the headlining that day at Metaldays. Dark Funeral, Black Metal from Stockholm, Sweden. With their gloomy elements and rhythm changes from fast to lento, they create such a dynamic which opens the path to absolute epicness! A very strong and powerful performance provided the public with an impeccable show.

After a very long sound check, the Old School Thrash Metal legends Testament (USA) finally entered the stage with the Front of House crowded with people eagerly waiting for the show to begin. It was great to see so many different generations of metalheads united summoning the band by chanting “Testament! Testament! Testament!” The concert itself lasted about one and a half hour and the band took good care that everyone in the audience has a really excellent time.
On the whole, the first day at Metaldays 2016 was marvelous! Now I finally had some time to get myself a beer or two chilling out with my friends, enjoying the end of this incredible day full of great music. The time that day flew by in demon speed and I did not even realize how quick the hours were passing by. Nevertheless, the party at the Stage ground was not over yet! People were spoilt for choice between the After Show Party, another Beach Bar Party or hanging around at the Soča River. As it already got late and we had to save some more energy for the next four days, we decided it would be wise to crawl into our tents to get a wink of sleep. 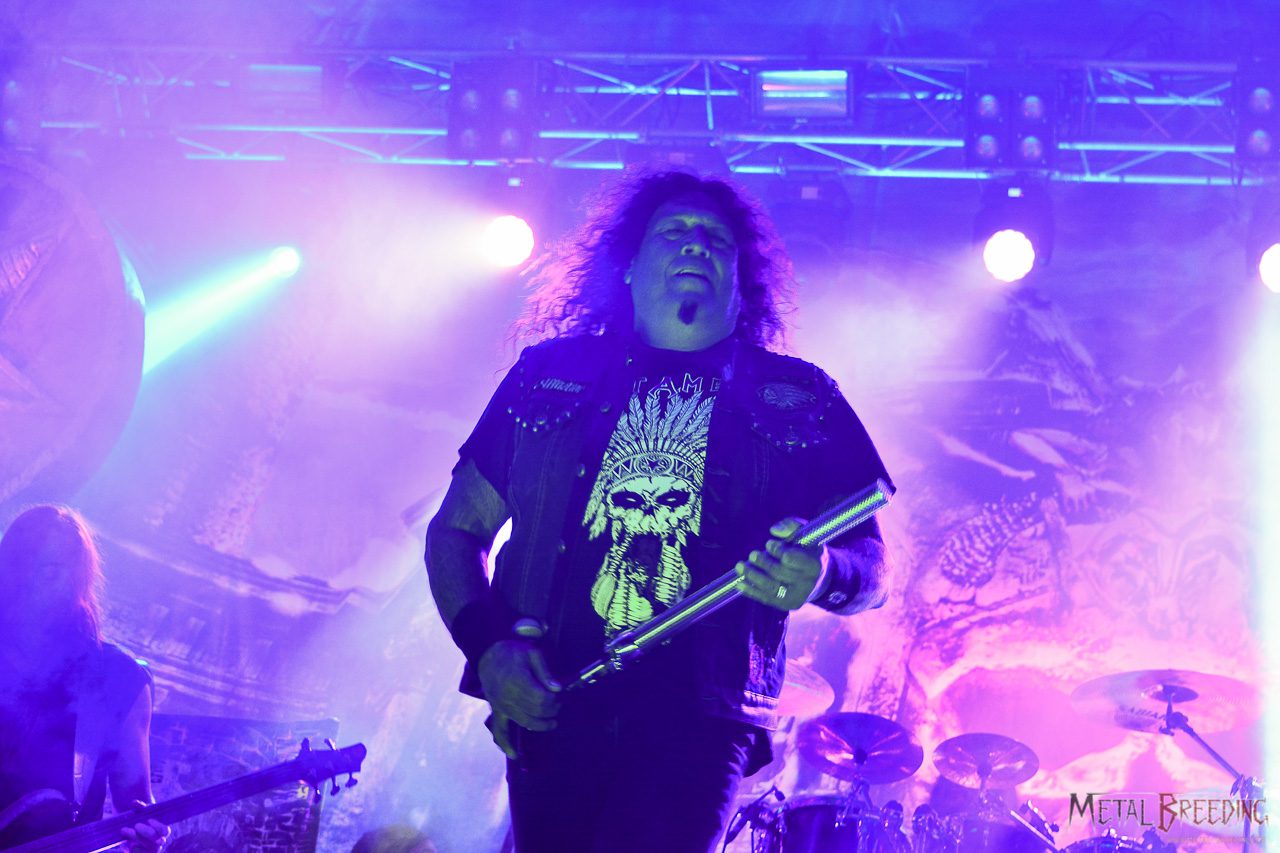 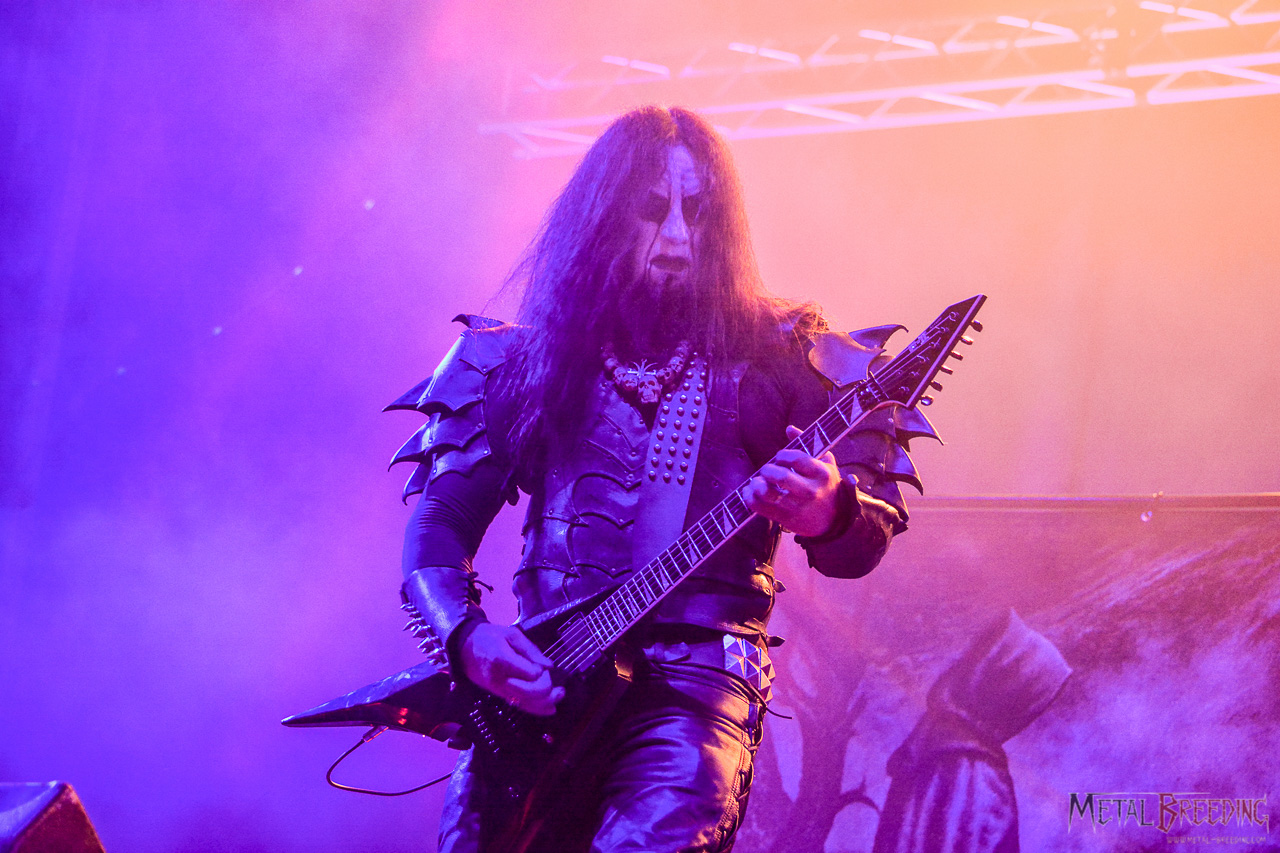 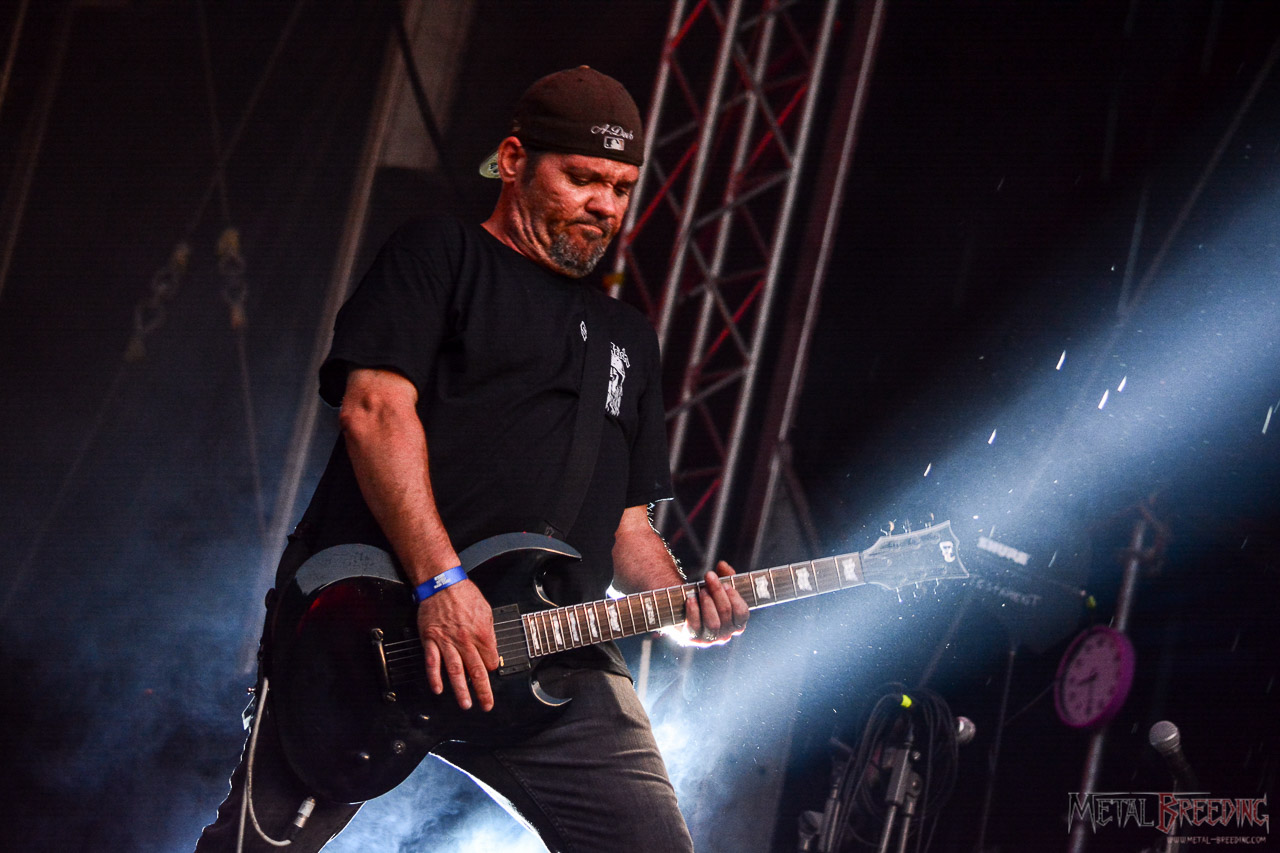 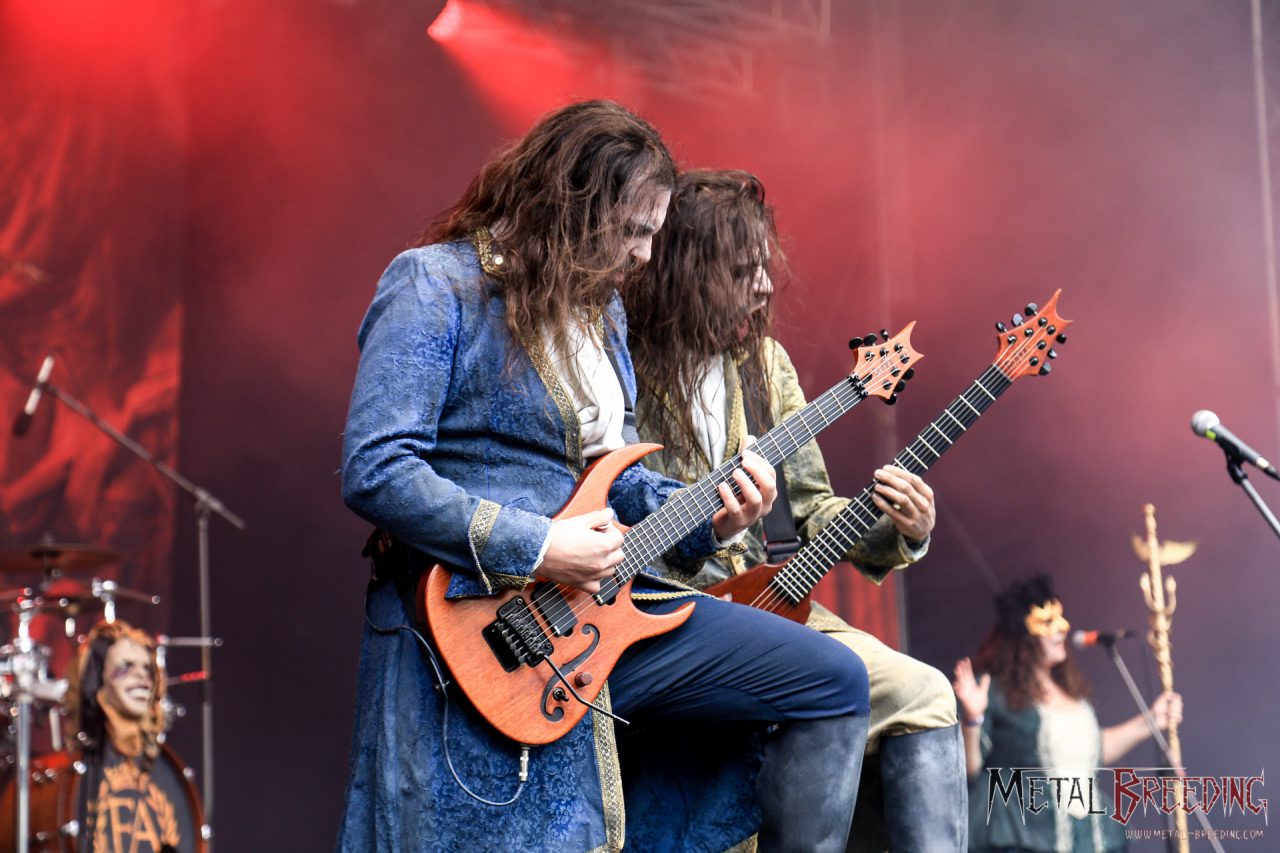 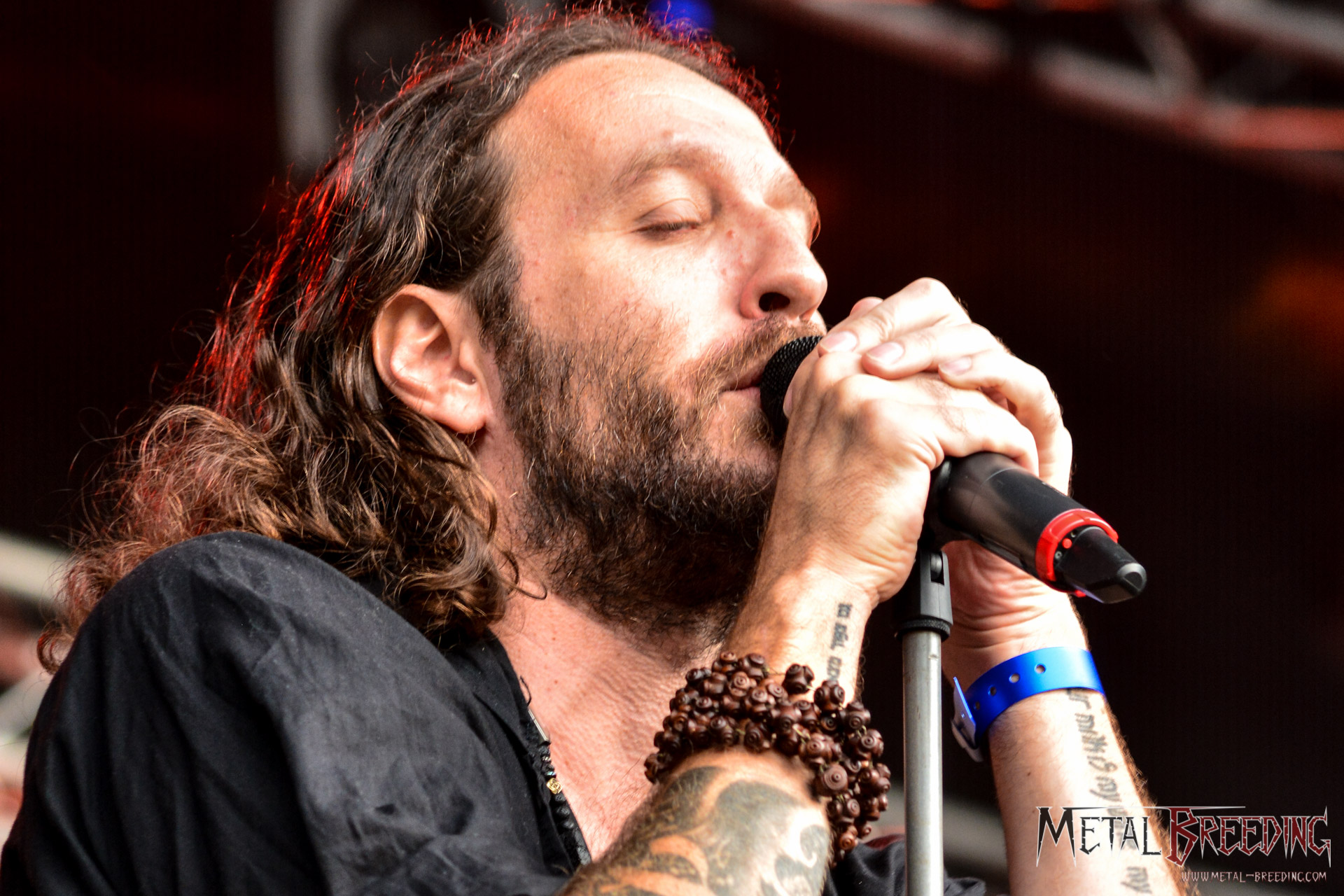 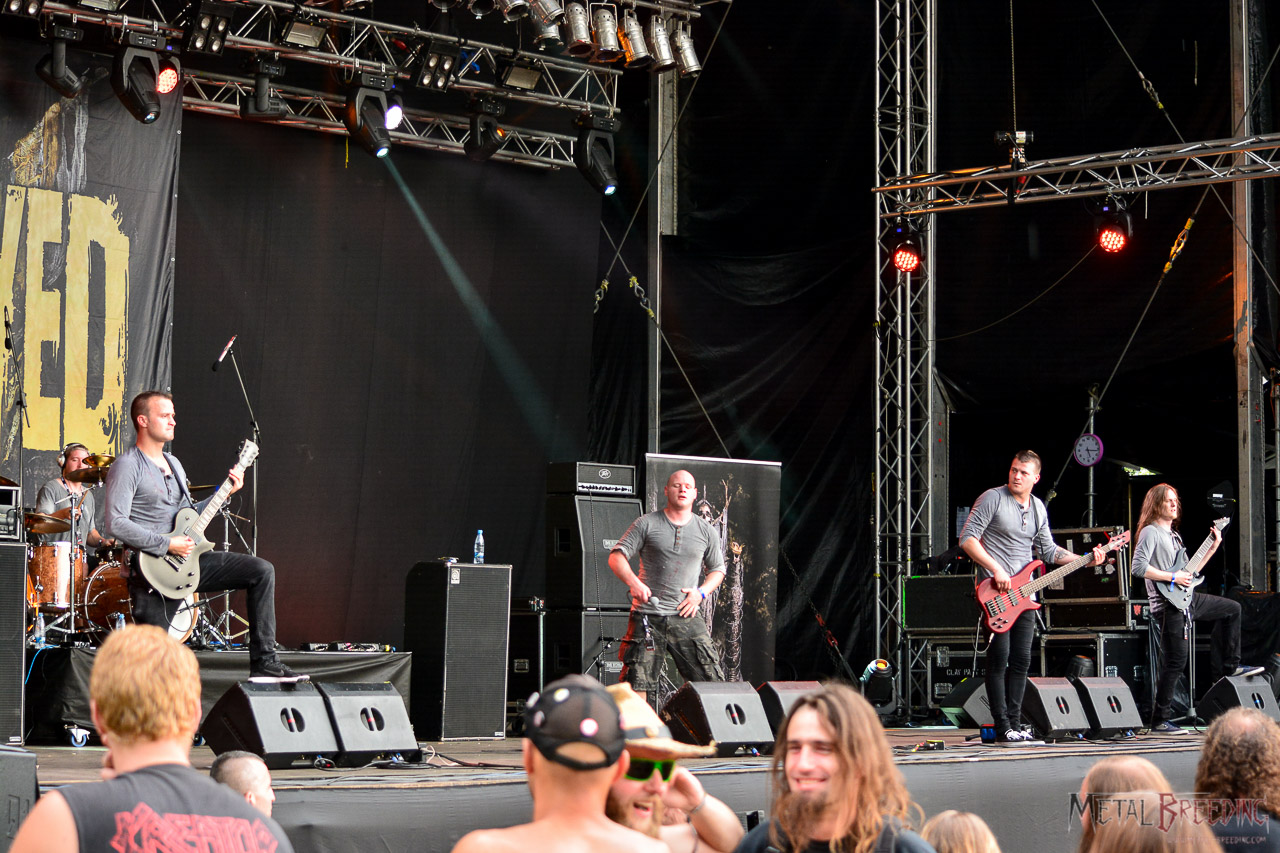 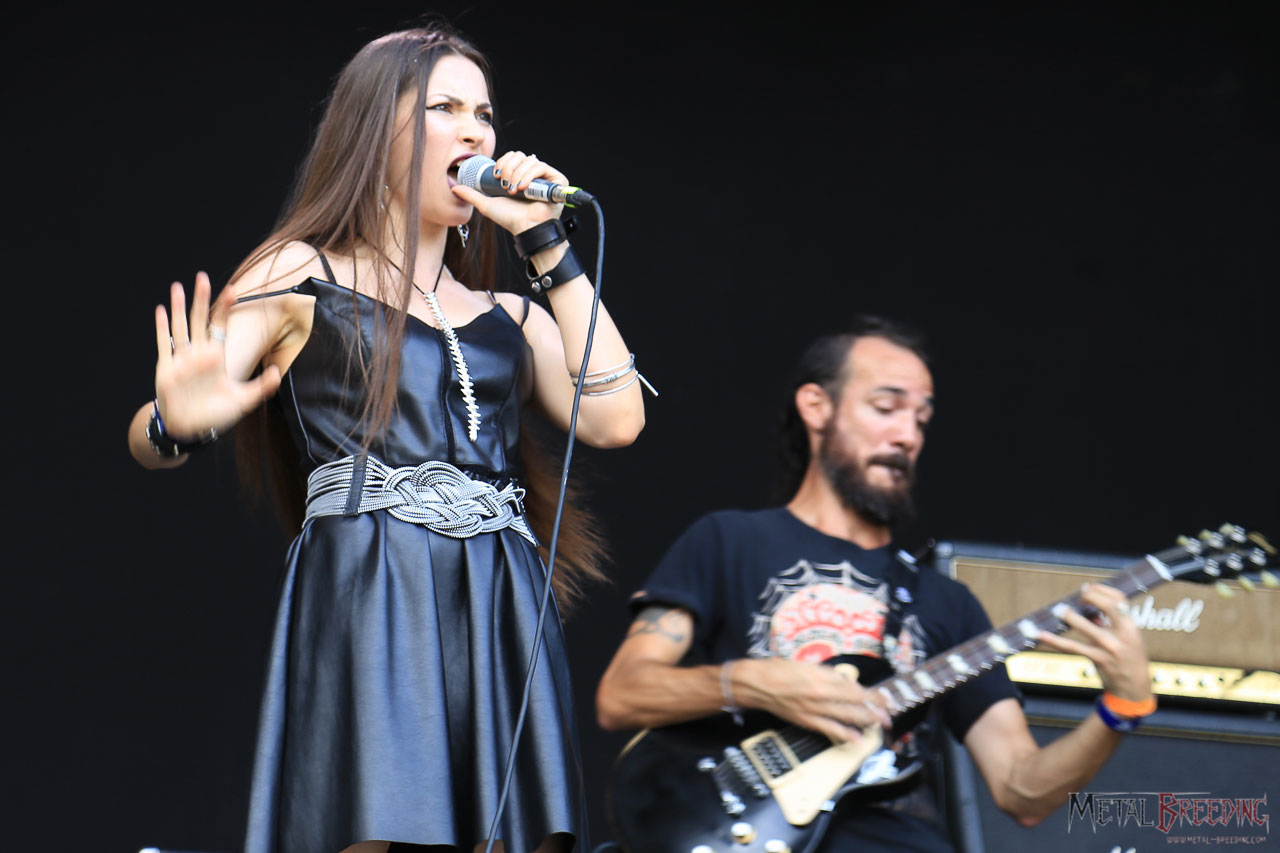 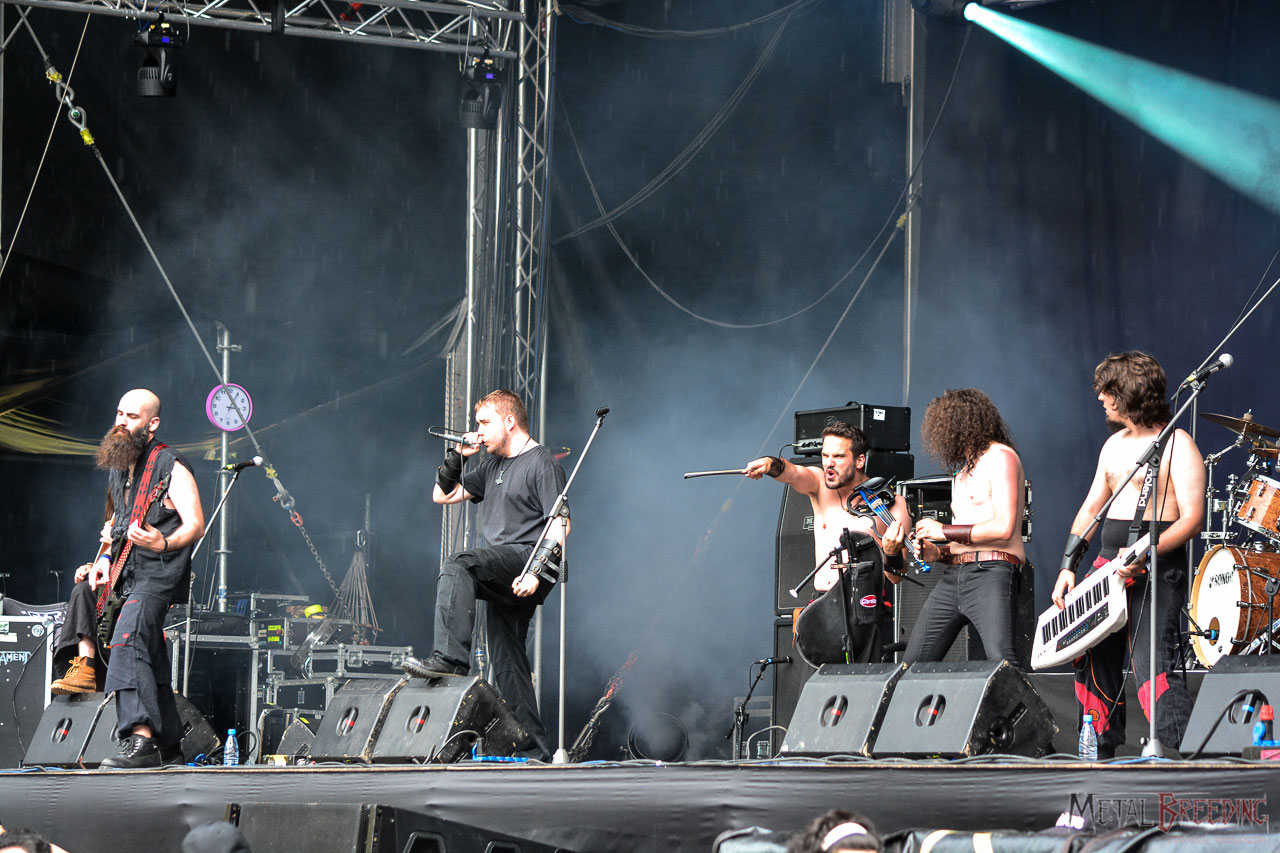 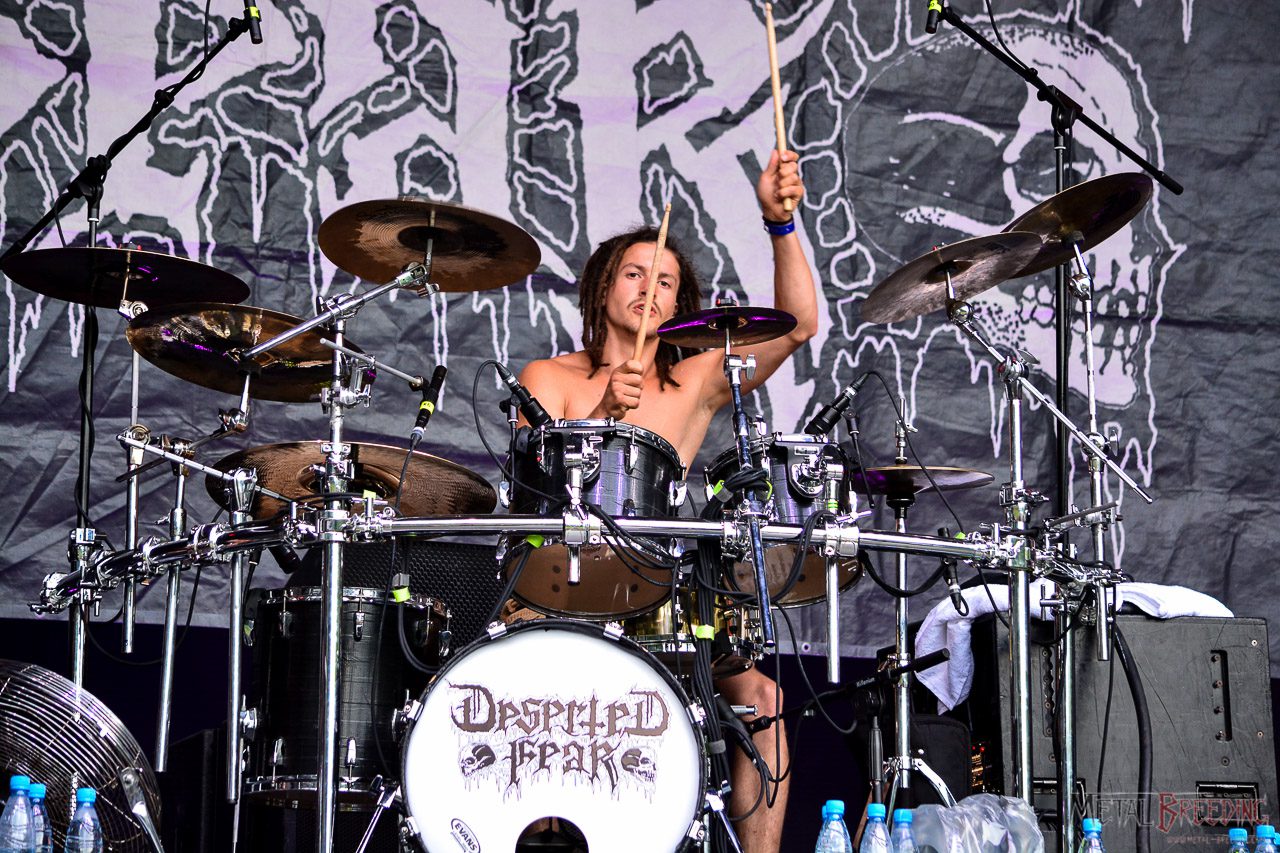 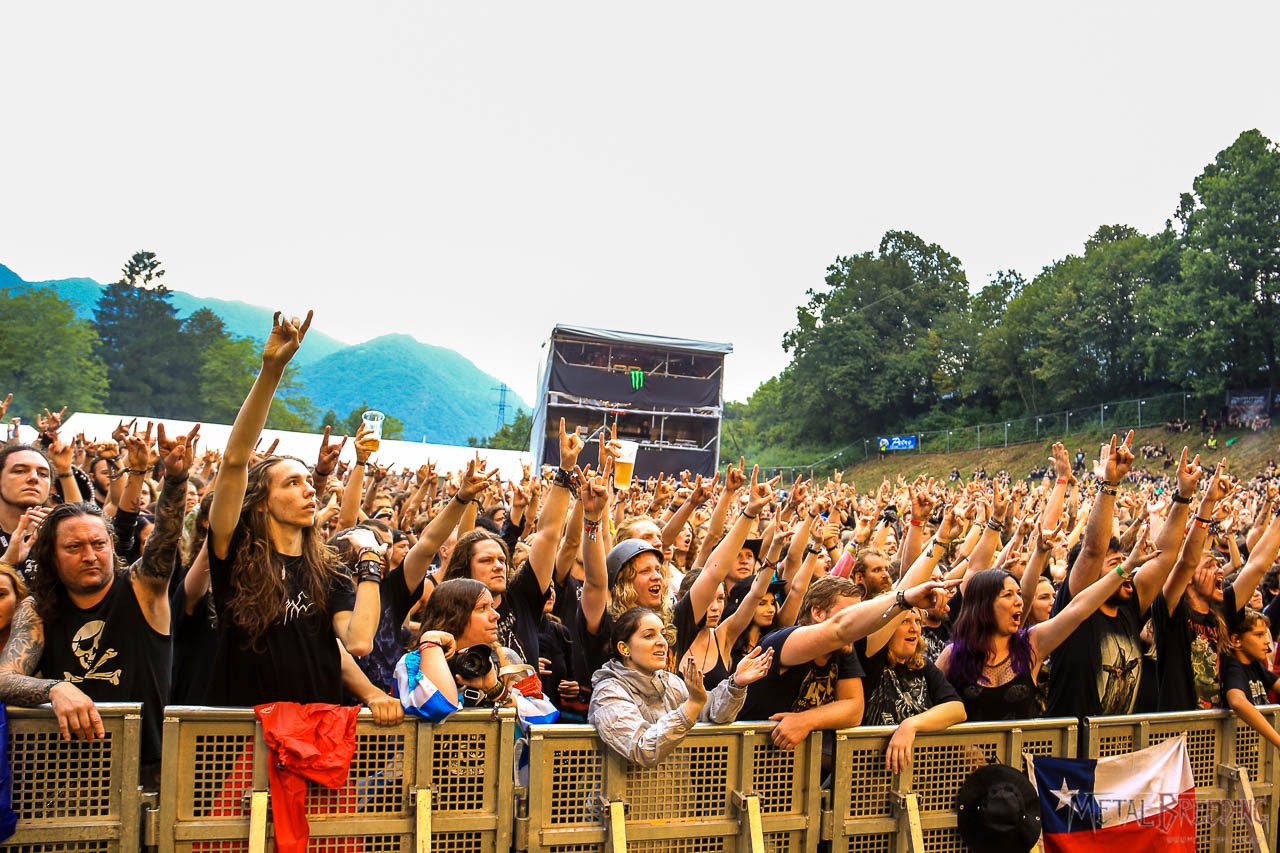