Sun shining in beautiful morning with fresh air, just hope today will be great weather since 2 days every early noon around 2 pm always rain coming down, you probably not believe how fast the weather chang at the beginning come to the cloud and getting dark mix with wind and thunder of-of the I must remember to take safety all my stuff. even are bad weather today is are more great band gonna play at main stage seem more brutal band plays today.
Today the first band are opening band at main stage Infernal Tenebra from Istra, Croatia. at the beginning they are pure Black Metal after that mix with melodic Death Metal with elements of the Thrash Metal very interesting combination of rhythmic and melodic guitar and fierce drumming, which contains growl and clean vocals, even was not crowd at the time but there in the stage ground see the audience are supporting them till the end the show.
from Death black thrash switching into heavy metal, Bombus from Gothenburg, Sweden, There is a huge energy on stage,The driving guitar rhythms and ‘pumping heights’ send hair flying all over the place.This is the heavy rock at it’s finest. You can hear elements of early Black Sabbath, a touch of Motörhead, and maybe even a little early Metallica. Somehow it all comes together to create a sound that is uniquely Scandinavian rock. there down the stage see most of the audience are relax sitting on the Dinghy and drink beer while watching the show.
There’s a good crowd here Followed by Aborted the Belgian Death Metal, the band was format in Waregem 1995. Aborted feed the crowd the deathly energy, even a lot of rain start to fall down but there slowly who the brutal fans are entering the stage ground wait for the show. I show the many time but it never enough, always great to see them live performance, very tight sound faster, groovy and catchy riff there some influence between melodic death metal and metalcore always switch tempo faster and slow part mix with great solo guitar the music will don’t let you just stand it will bring you move and move.
The Hardcore Puck Heavy Metal band from New york Pro-Pain. they bring energy with a great set at Metaldays was quiet crowd they made all the fans come out from the tent to join with them at Metaldays main stage. seen they are one of the pioneers of hardcore metal, very groovy fat sound and aggressive life performance.
The Maryland Death Metal trio, Dying Fetus. the right time for all brutal death metal fans to join in Metaldays main stage, was quite crowded in same time rein are stop seem the bring good weather for the fans. most of the audience are start become crazy and build a big circle pit in the middle stage ground. groovy tempo which heavy breakdown and blast beat drum mix with slam guitar riffs with , very technical specialty by arpeggio guitar and bass mix blast beats drum, really great to seem them life performance at Metaldays.
The psychedelic Rock-Blues band from Sweden, Graveyard. a quite interesting band , the band play kind like Traditional of America Blues and Europa Blues. Their music is heavy and catchy, simple and carefree. Bluesy vocals and psychedelic guitars are back with a vengeance in heavy metal. it was perfect mood seeters of the cloudy afternoon.give some relaxing for all audience drink beer and watching and listening all long the show. the crowd moves to the scene of the main stage ground to attend the delivery of the band of the evening the legend Grindcore band from England Napalm Death. has been active for 35 years, Though they have had several line-up changes, the only one band composing the shortest recorded in the Guinness Book of world Record. they are full of energy in life performance specially the vocal Barney Greenway hey jump and run from left to the right stage look like he had a lot of power, it make the audience thrilled and are going crazy there are big circles pit and moshpit was really chaos down the stage. Kreator the old school Germany Thrash Metal. that was massive of crowded at the time one of the band mostly the audience waiting for, after long sound check seem the audience can’t wait the show are start. at the begind the show in the middle the first song that was big firework with fire come out from the stage.it look like in newyear time. that was most crazy audience which never ending head bang , circle pit mosh pit, down the stage all the security are busy take the audience come and come .end in the end of the set time for Wall of death i think only at Metaldays it allowed in some open air was not allowed but any way was great show very tight performance. Die Apokalyptischen Reiter the high line of 3th day at main stage Metaldays. The heavy Metal from Germany. whit unique brand of Melody and heaviness and intense lyrics and every variables music element from heavy metal death metal and folk metal catchy guitar riffs and very dynamic, great clean vocal, it remember me a bit style of Rammstein. awesome show, right time for the audience get some relax song before go to sleep. 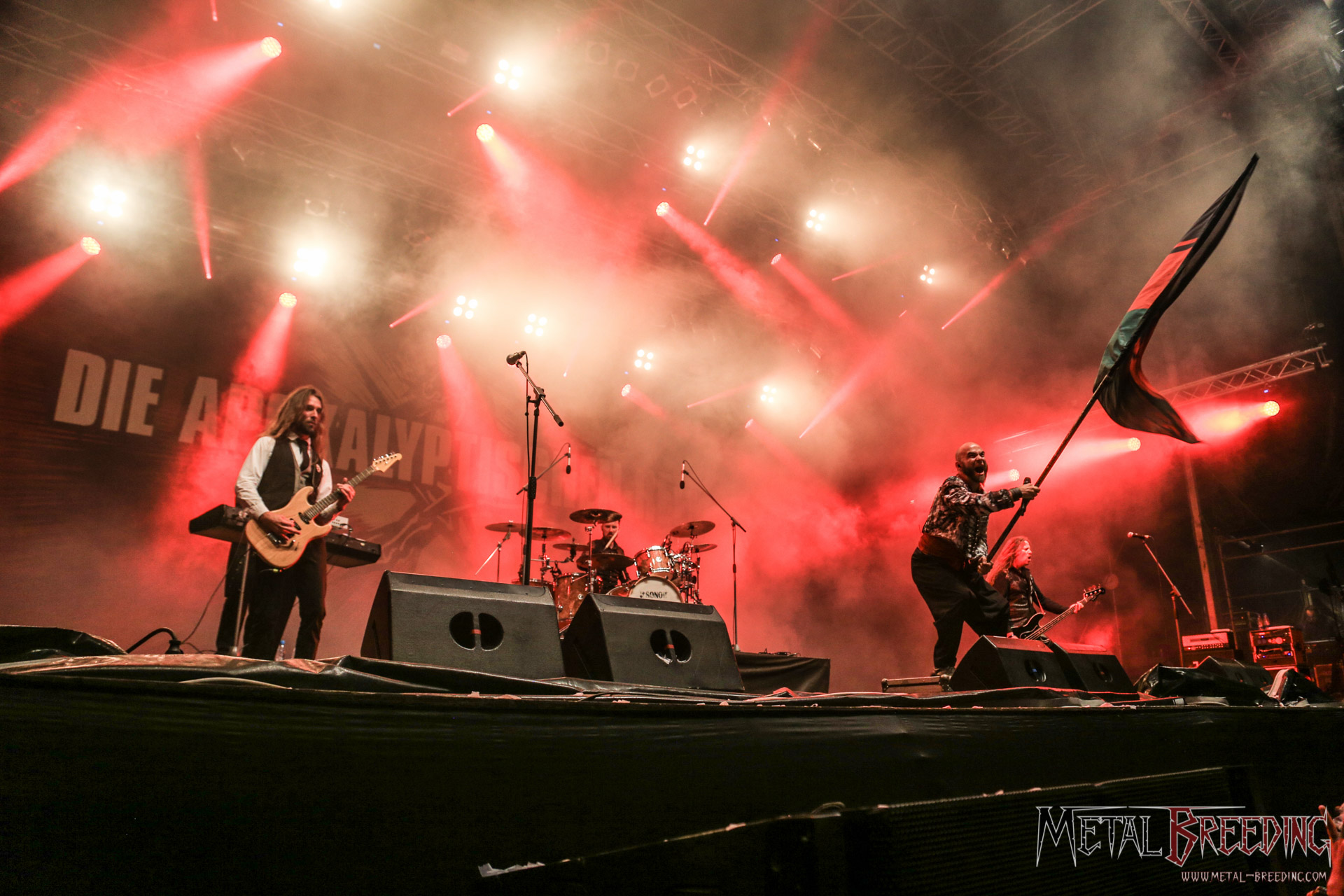 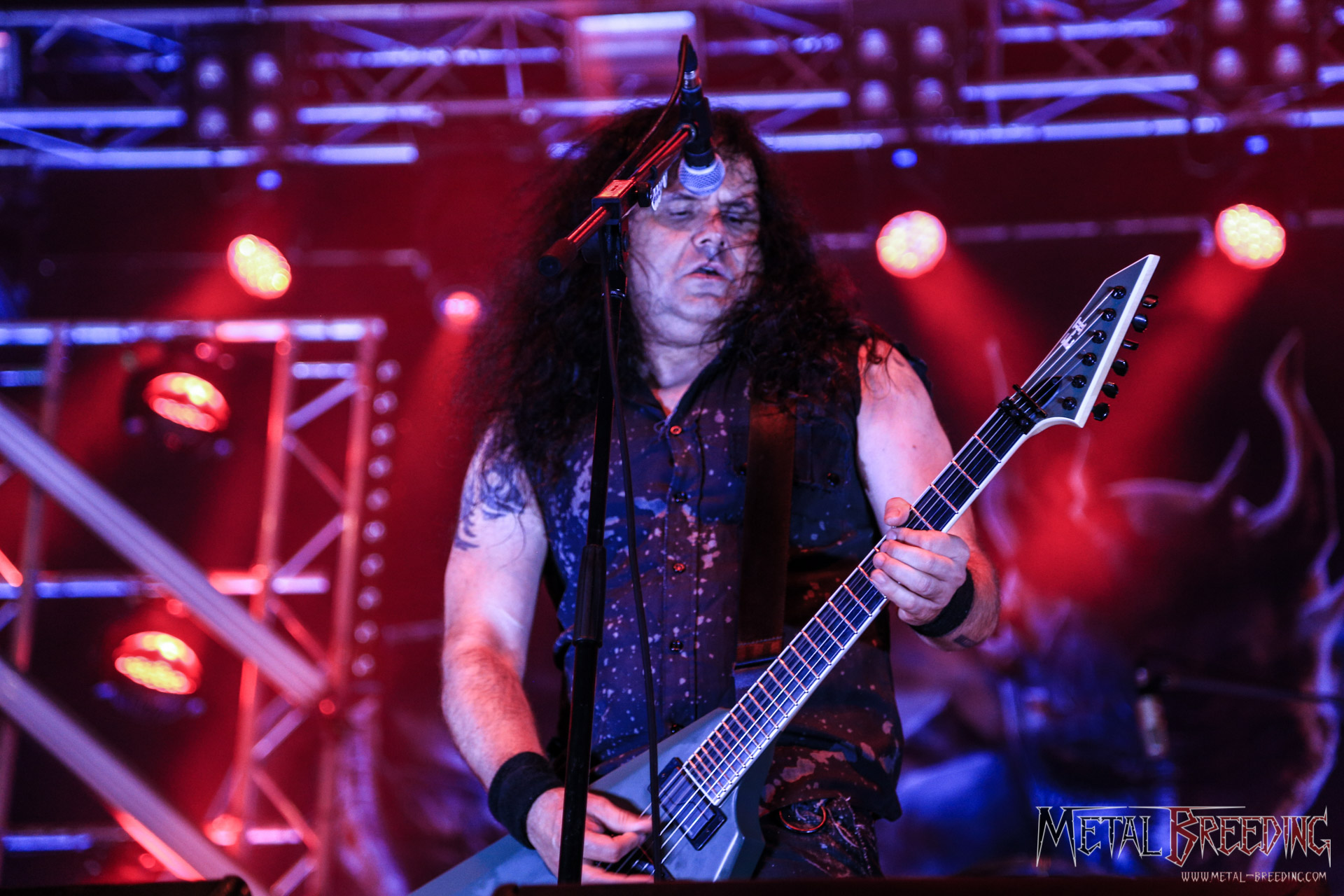 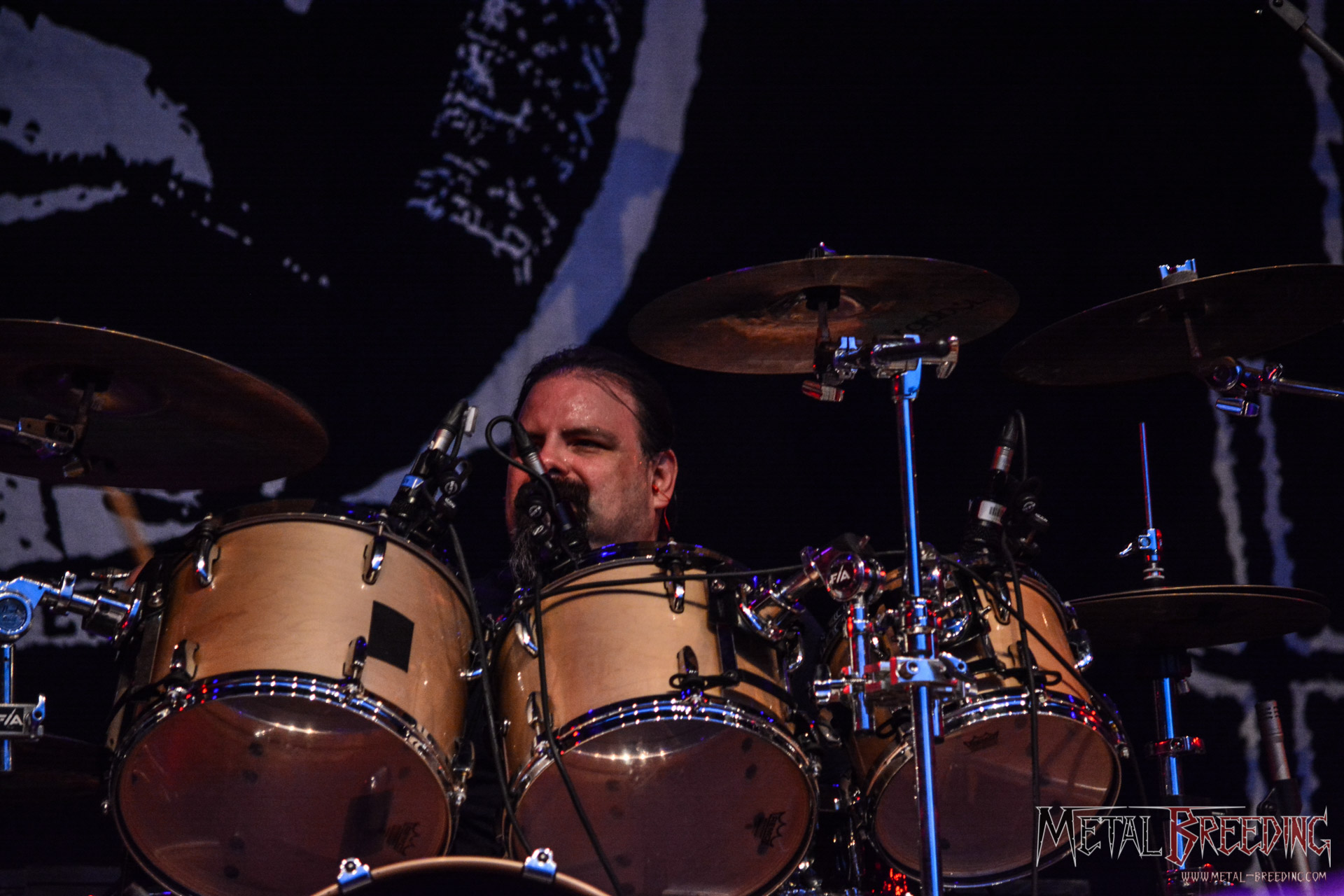