When the Sun come up in morning slowly getting warm inside my tent it makes impossible to get some more sleep. when I come out from my tent the first thing I see is the mountains are around you at the moment just think how beautiful this place I think not only I think like that.Time to get breakfast, just lucky our camping ground near to the Tolmin town there you get some nice great breakfast and also some supermarket called Hofer, every day always full of metalhead buy some stuff and also around the town full of metalhead seem like Tolmin is a town of metal residents.
After back from breakfast hang out with a friend enjoying the sun in morning seems like today gonna be sunny da, was really warm even still in morning. after preparing all the stuff slowly we go to the main stage waiting for the first band gonna open band on the second day at Metaldays.
Around 1:30 Pm there on the main stage the sound check are started for the first band. around 20 mins take a break after the sound check. see all the Crew are busy preparing stuff. around 2:20 Pm there the band from Ljubljana, Slovenia Eruption. What for an awesome opening band for the second day at Metaldays. never hear this band before, that was surprise band powerful a lot of energy with dirty guitar sound which pure of Oldschool Thrash Metal a mix some elements of Metalica, Testament, and Exodus. the band formed in 2004, even was not so many audiences at the time but there who the turn fans of Thrash Metal are enjoyed all long the show.
just hurry move to the second stage there the Thrash Metal band from Belgium Bloodrocuted. 4 young guys already stand on the stage. very tight full of energy, which aggressive fast riff, dirty sound with mix blast beat drum sound kind like death Thrash. was great performance even was not so crowded there enough audience seem like they are relax sitting on Boat Dinghy while listening all the long show Mist the Female Occult/Doom Metal from Ljubljana, Slovenia the was formed in 2012. well, they are with 4 Female and one Male band member. great vocal heavy and classic sound guitar, sound like a mix between doom Metal and classic metal. it was overlap with band play in the second stage Howling In The Fog usually projects from an Italian musician, bassist, composer, singer his name Gabriele Paolo Marra. Dark and melodic the music will bring you flying away. was a great band, great show, Glory Hammer, an Anglo-Swiss epic power metal/folk Melodic metal band founded by keyboard player Christopher Bowes, vocalist of the band Alestorm. Very unique and creative costumes look like fantasy goodies from another space. even that was not the music I listen to but I was respect of the performing they really good in live show like the vocal run and move into left side and right side always try to entertain the audience, that was a lot of rain coming down until the rain fall on the stage and it make the show force to stop.
Viking / folk metal band from Reykjavík, Iceland Skálmöld. The band formed in August 2009, which 2 combine the sounds of the traditional Icelandic music and metal with three guitar players. very melodic dark and tight, heavy guitar sound reffing and great solo with the combination between drum, rhythm, and vocal which grunts and clean voice.very atmosphere. they 5 guys on the stage give the best for all audience. Loud, Brutal and very heavy sound guitar.An American Deathgrind band from San Diego, California Cattle Decapitation. one of the band I have been waiting on the second day at Metaldays. even I show them view time at some club in Germany and also on Party.San open air live performing but never enough. also that the first time I show them with the second guitar player. anyway, this band really blow out all audience till they start Mosh Pit and circles pit, jump and headbang. was look very chaos at the time.
The Melodic Death Metal from Joensuu, Finland Insomnium. very interesting listen to the music not only that very great tight sound, strong, epic. there are doom metal influences, mainly in the atmosphere that is slow, sad and melancholic and sometimes oppressive, and lyrics that speak of sadness.with deep guttural vocals. This atmosphere is intensified by some inspired words. Very awesome life performance. full of energy jumping to one side to another side run into left and right of the stage without lost control of her voice. Arkona the Russian pagan metal band. Their lyrics are heavily influenced by Russian folklore and Slavic mythology. was interesting to see and they are really good musician very great vocal with clean into the grunts voice.
The American Death Metal Incantation ready to blow up the second tag, one of the leaders in the New York death metal scene along with fellow bands Suffocation and Immolation, since 1989 the band already many time change the Lineup they only one the original member of this band is the guitarist John McEntee. there all death metal fans are wait was quite crowd the second stage at the evening always full not as in the day time.very old school straight and very catchy sound and great performance.
Skindred band was formed in 1998 following the disbandment of vocalist Benji Webbe’s previous band,the musical style mixes heavy metal, punk rock, and reggae. The group refers to this style as “Ragga metal”. I was very impressed by the scale of the show offered by the group, the frontman Benjin He does not let the audience rest a second and always try to make the audience excited and even on the time was not good weather but he can make all audience stay wake up. even that, not kind music listen to but always respect to the who great in live performance . Swedish black metal band, Marduk. one of great black metal and kick ass live show,When Marduk entered the stage the reaction of the crowd was even more violent and crazy, the fans eagerly awaited a high-speed black metal onslaught and were not disappointed. very Tighter and the sound has become more hi-fi than the typical low-fi sound of a black metal band, I did show them in some another event and festival open air . which Violent riffs, blast beat drums and striking vocals make for one of the most brutal black metal bands. There’s a reason why they are nicknamed ’King of the Swedish black metal’. 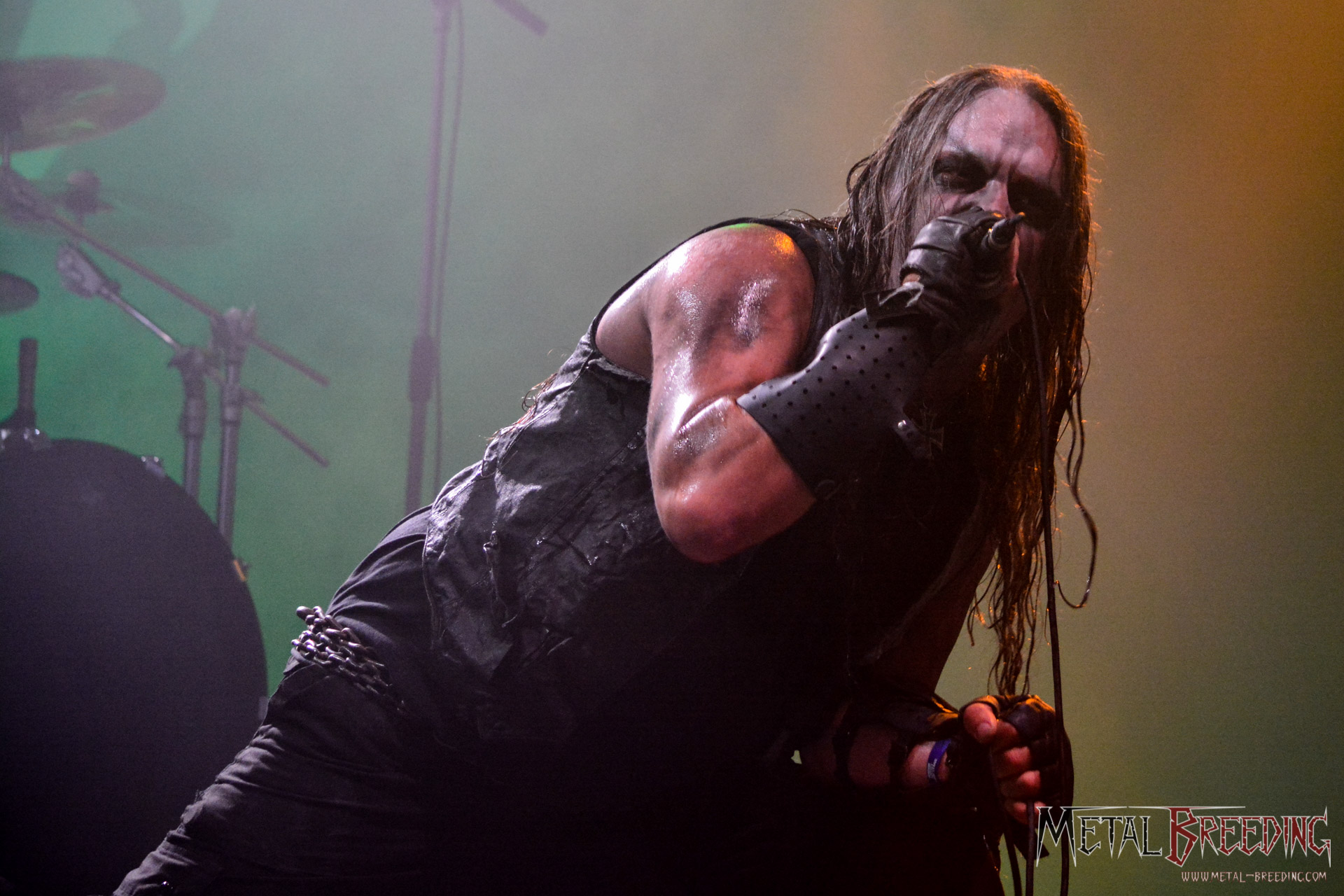