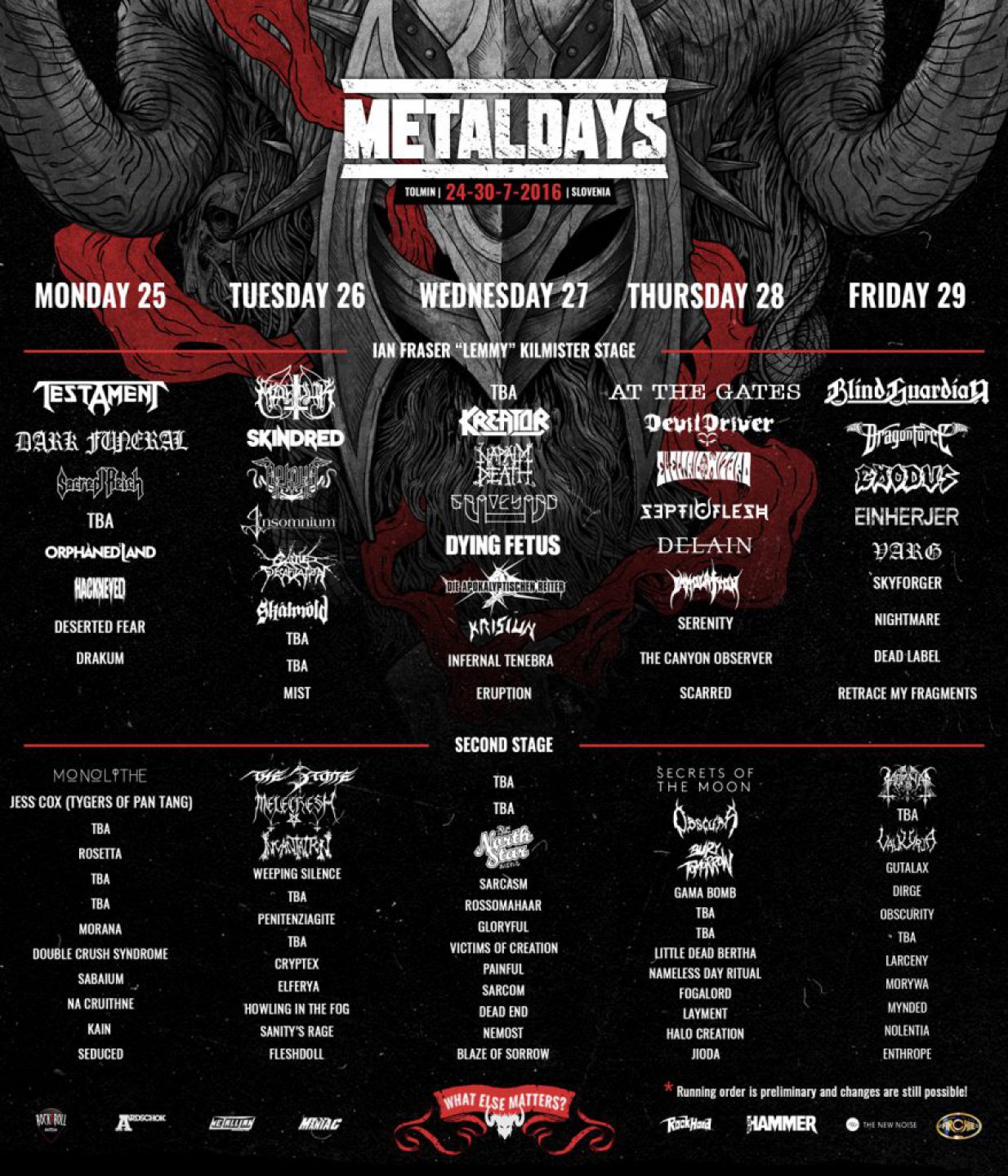 MetalDays is one of the best Heavy Metal music festivals, in South Europe. The event runs for 7 days, in the “Tolmin” province of Slovenia. Previously named (from 2004, until 2012) “MetalCamp”. In 2013 the name was changed to “MetalDays” (With a new Slovenian promotion team, known as “MIFI”), and has been known as this, ever since. The Event has been becoming more known, and gaining momentum with each passing event. Media coverage for this event is also gaining momentum, as well (Attracting massive international audiences from all around the world). This is (among other things) due to the well thought out, and planned out yearly event. It is both a musical experience, as well as a “vacation/tourism” destination that many make plans to attend every year.